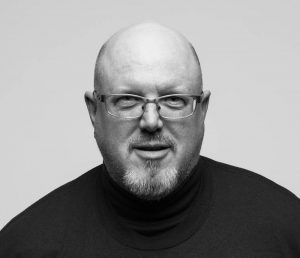 Once upon a time there was a boy named Steven … this boy had a fascination with all things bicycle, especially all that was new and flashy and wonderful and expensive. But as time passed, the boy learned to love the traditions, the history, the elegance, the Flahutes.

As he grew older and became a man, he found his love of tradition and elegance grew beyond bicycles and began to encompass other aspects of life.

He grew up in England, Tennessee, Minnesota, Los Angeles, and Belgium, attended university in Santa Cruz, and lived in San Francisco for 12 1/2 years (okay, 11 years in San Francisco, and 18 months in Emeryville, between Berkeley and Oakland).

Then the man that he became moved from San Francisco to Utah and found that what people in the Bay Area call mountains really don’t quite qualify when compared to the Wasatch and Uinta ranges. It took a couple years, but the boy inside discovered the joys of strapping a pair of planks to his feet and sliding down the mountain snow. Bicycles will always be his first love; some things will never change.

The man tends to spend a lot of time in his own head, lost in thought. He is an information junkie who is always reading something, whether online, in a magazine, or in a book. He is someone who is just as happy sitting in a dark jazz bar sipping a cocktail and listening to great music, as in a lively sushi restaurant, wandering through a museum, or playing in the mud and snow.

A punk rocker at heart, with an appreciation for jazz and jump blues (the roots of rock & roll). Southern roots dictate some country music, but tastes run to alt- & outlaw country, older bluegrass, and rockabilly. Sinatra was a god, but Joe Strummer was always cooler, and Johnny Cash could kick both of their asses with his guitar tied behind his back. Milo & Bill still haven’t grown up.

In more recent years, the man that the boy became started more actively pursuing his artistic passions of writing and photography. This site has been conceived and developed to showcase some of that work.

When the spirits are low, when the day appears dark, when work becomes monotonous, when hope hardly seems worth having, just mount a bicycle and go out for a spin down the road, without thought on anything but the ride you are taking.
— Sir Arthur Conan Doyle (1859-1930)
What lies behind us and what lies before us are tiny matters compared to what lies within us.
— Ralph Waldo Emerson (1803 – 1882)
Historia vero testis temporum, lux veritatis, vita memoriae, magistra vitae.
— Cicero, De Oratore
History is the witness of the times, the light of truth, the life of memory, the mistress of life.